Below is the list of projects that I have created. I’m passionate about open source and I try to license my work in a way that allows others to use, study and modify it. Most of my open source work happens on GitHub. 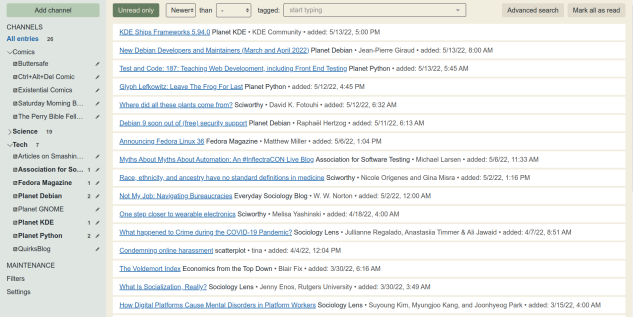 Kustosz is feed reader with the goal of helping you to focus on worthwhile content. I wrote separate announcement post that explores its unique features and my motivation.

I created backend while a friend of mine created frontend. Later I revamped frontend, too. I also created website and documentation. Everything is plugged into CI pipeline, making new releases almost fully automatic. There’s installer and container image.

Kustosz is now the primary way I read online content.

Web application that helps you build your own Pokémon team in any core series game. There’s an announcement post that covers history of the project and my relationship with the franchise.

It became a little popular among Pokémon fans, attracting around 3000 users each month and spawning a small discussion on reddit. 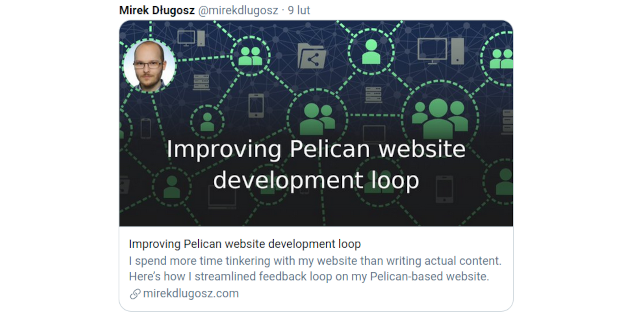 Pelican plugin that generates images to make your posts more visually appealing on social media. This is the result of scratching my own itch, as I explained in announcement post. I still believe there’s a space for similar project that could be distributed as a single binary. 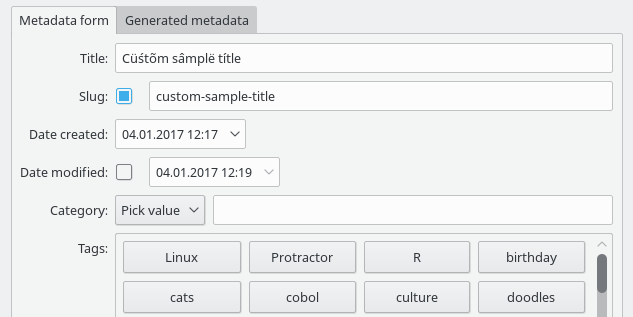 Graphical application that creates Pelican post metadata. I like static website generators for many reasons, but I also like safety net provided by CMS. I’m irrationally anxious about creating spurious categories through typos, and I created this tool to make sure it never happens.

R Shiny application to explore changes in civic engagement index in various European countries over time. It embodies my whole self, existing on intersection of software engineering, data analysis and sociology. It was created back when when everyone talked about data science and I considered a career in the field. 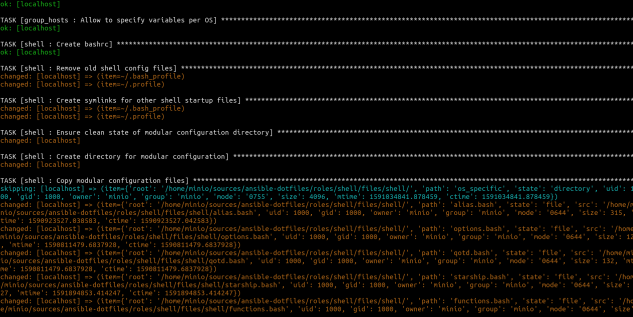 Ansible playbook to deploy some of my configuration files and install utilities that are rarely packaged by distributions. I appreciate the new generation of command-line utilities, but I routinely work on two-three machines and I can’t afford to wonder if tool is available and up-to-date. Thanks to this project, I don’t have to.

It was created during Red Hat Day of Learning, which is a day that I get paid to learn something new, not necessarily related to my daily work. It’s a great benefit.

My first thematic blog, focused on LibreOffice tips and tricks. Now discontinued, but I keep it online. It was relatively popular in Polish open source and academic communities, attracting about 20 000 unique visitors in peak months.